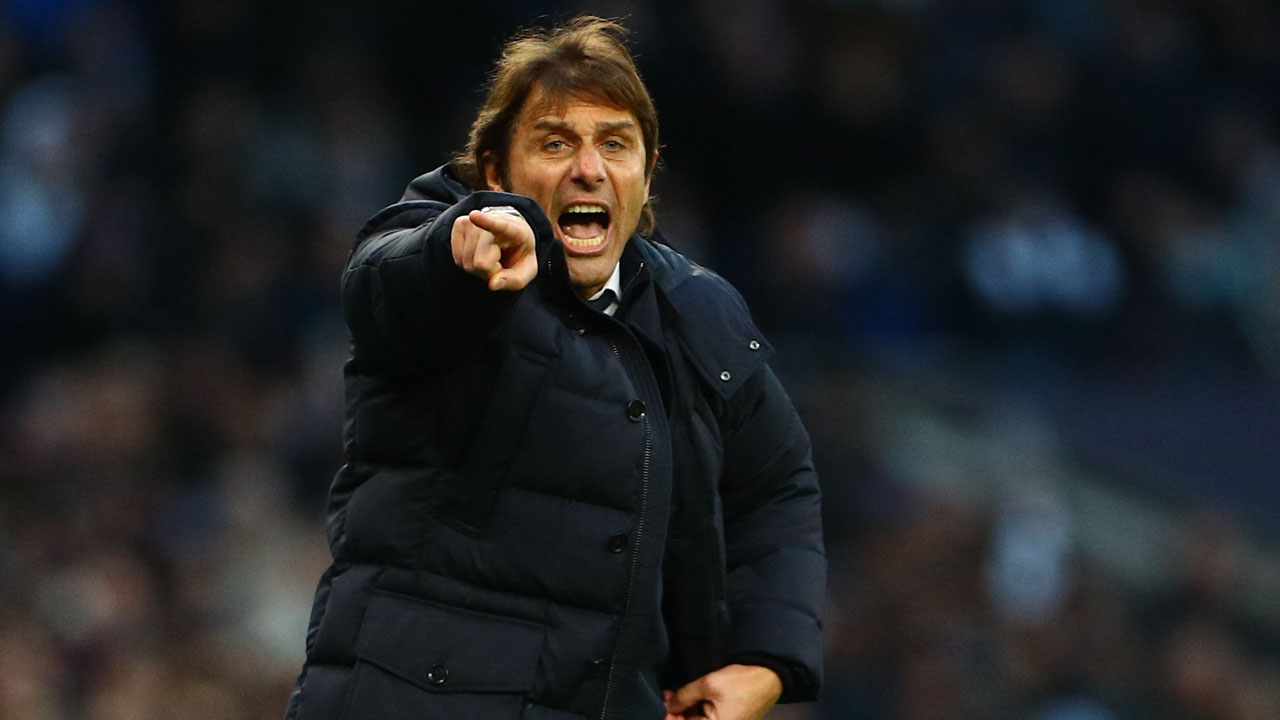 Tottenham Hotspur manager Antonio Conte has said Sunday’s match away to London rivals Chelsea will be an acid test of his side’s progress.

Spurs lost four times to Chelsea last season, including three defeats, two in the League Cup semi-final followed by one in the league, in January.

A fine finish to the campaign meant Spurs secured the fourth spot in the Premier League and a place in this term’s Champions League.

But they make the journey from north to west London this weekend knowing they have won just once at Stamford Bridge in the Premier League era.

“The story is this but we want to try,” former Chelsea manager Conte said Friday. “When I arrived in Tottenham, I say we want to try to write a good story for this club.

“I know very well it will be more difficult than other clubs for many reasons but I think we have started to go on the right path.

“This game will be important to make the right evaluation about our improvement.

Spurs will be without Clement Lenglet and Oliver Skipp this weekend but Richarlison will return after suspension and be available to make his debut.

Temperatures could hit 35 degrees Celsius in London on Sunday with drinks breaks agreed for all 10 Premier League games this weekend.

“The weather is the same for them and for us,” added Conte.

“In Italy, we have 40 or 42 degrees, especially where I was born in Lecce we sometimes touch 45 and we are used to this temperature, but I understand for London it is unusual.” 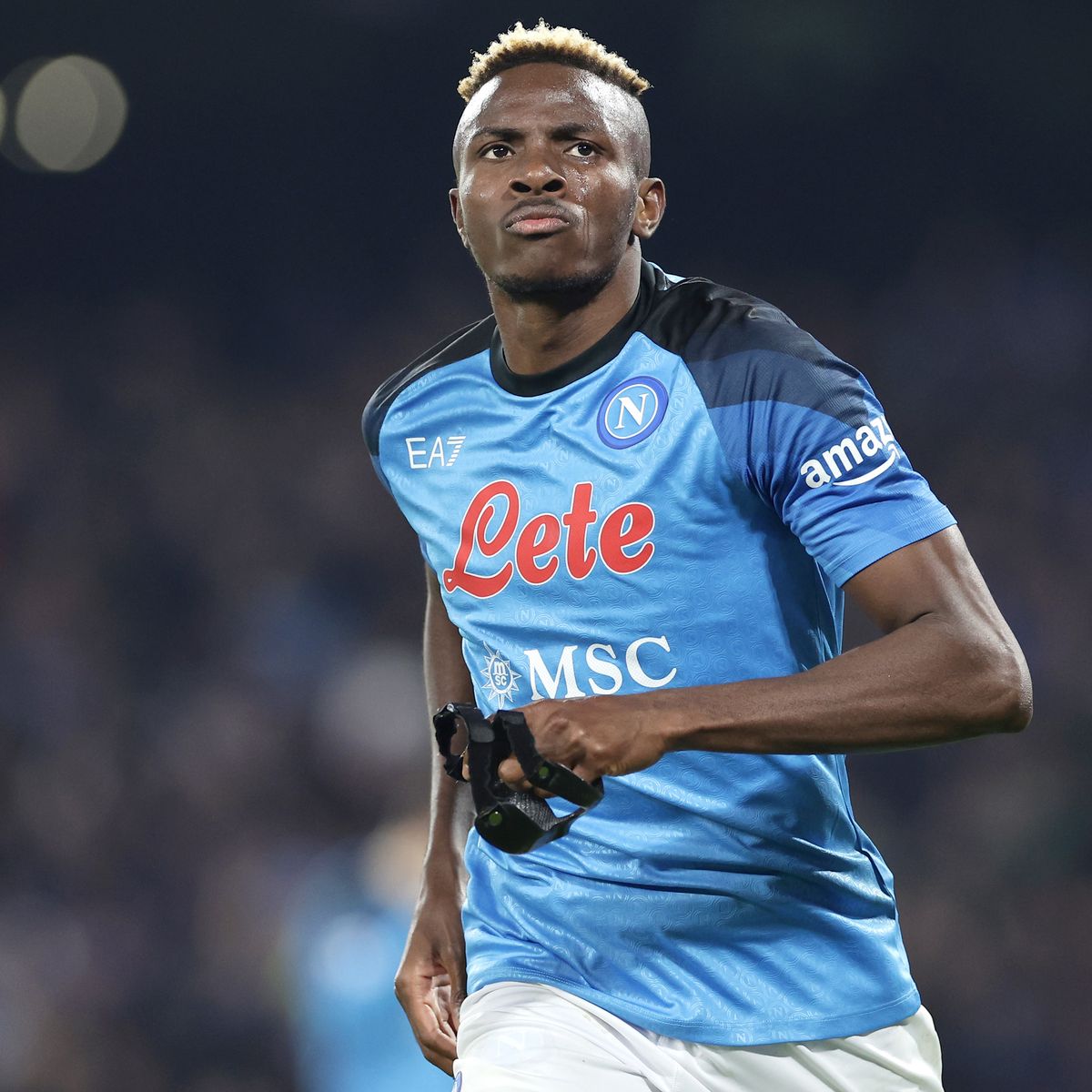 Serie A has announced Victor Osimhen’s goal against Roma as the goal of the month for January.

The Super Eagles talisman contributed to the Parthenopeans maintaining their dominance at the top of the league when they host José Mourinho’s men at the Diego Maradona Stadium.

The Nigerian international fired in his 14th goal of the season with a cross from Khvicha Kvaratskhelia in the 16th minute from the kick-off time.

Mario Rui slid a deft pass to the Georgian forward on the left side before crossing it to Osimhen, who brought it down on his chest and sent it wide past Rui Patricio.

As a reward for the Nigerian’s outstanding technical gesture on Sunday at the Maradona, the league announced the goal on social media.

“The goal of the month of January is from…

Osimhen now has 14 goals, and four assists in 15 Serie A games this season, which has piqued the interest of several European clubs.

He is, however, hoping to win Napoli’s third Serie A title after 33 years. The Nigeria Football Federation (NFF) has paid the accumulated match bonuses of the nine-time African champions, Super Falcons after seven months after the completion of the tournament.

The seven-month was arguably one of the longest waits for the nine-time African champions to access their entitlements, after previous ugly episodes, including protests that greet the 2010 and 2016 African title wins.

Multiple sources informed NigeriaFootball.ng this week that the NFF only paid bonuses for three wins recorded against Burundi, Botswana in the group stages and in quarterfinal duel with Cameroon.

Randy Waldrum’s side finished fourth at WAFCON 2022 after a 1-0 defeat to Zambia in the third-place match, marking their worse ever outing in the history of the competition, losing a record three matches from six.

The win against the Indomitable Lionesses guaranteed thanks to Rasheedat Ajibade’s solitary effort sealed the West Africans automatic ticket to a ninth consecutive Women’s World Cup campaign in Australia and New Zealand.

However, the unfortunate defeats began with a 2-1 loss to archrivals South Africa in the opening match before Waldrum’s side capitulated against hosts Morocco on penalties after a frustrating 120 minutes ended in a 1-1 draw.

The third defeat came against Zambia in the third place encounter no thanks to a first half own-goal from goalkeeper Chiamaka Nnadozie at Stade Mohammed V, Casablanca which condemned the team to a second medal-less outing.

With this development, the Super Falcons can now fully focus on their preparation for the 2023 FIFA Women’s World Cup, beginning with their participation in the inaugural Revelation Cup in Leon, Mexico later this month.

The four-nation tournament, involving the former African champions will hold from 15 to 23 February, also feature hosts Mexico, Costa Rica and Colombia, with the two latter teams also featuring in this summer’s global showpiece.

AFTER 12 MONTHS OUT OF FOOTBALL, GREENWOOD CLEARED OF RAPE CHARGES 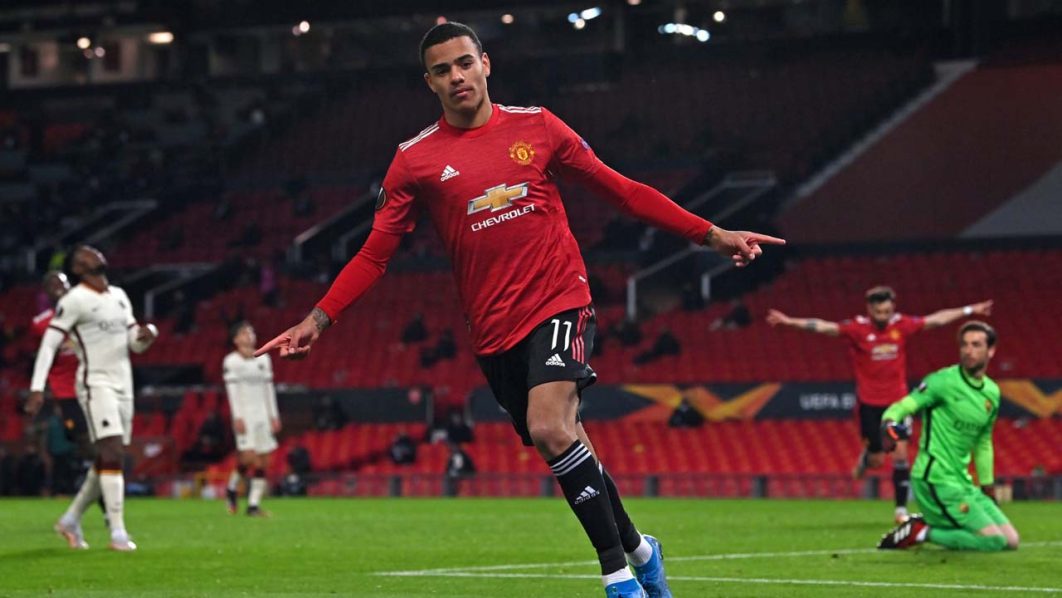 Charges including attempted rape and assault against Manchester United forward Mason Greenwood have been discontinued by the Crown Prosecution Service, the report said.

Greater Manchester Police said criminal proceedings against a 21-year-old man had been discontinued as of February 2.

Chief Superintendent, Michaela Kerr, GMP’s head of public protection, said: “Given the significant media coverage of this case, it is only fair that we share the news that the 21-year-old man, who had been arrested and charged in connection with an investigation opened in January 2022, no longer faces criminal proceedings in relation to this.

“The investigation team has remained in regular contact with the legal team, providing any updates of note, and so understand the rationale for the discontinuation of proceedings at this stage, and that this decision has not been taken lightly.

“Despite the media and public’s interest in this case, we have decided not to comment on it in any further detail.”

“I would, however, like to use this opportunity to reiterate GMP’s commitment to investigating allegations of violence against women and girls and supporting those affected, regardless of their circumstances, throughout what can be a hard and upsetting time for them.

“An ever increasing number of officers are receiving specialist training and the force is more consistently utilising tools, available via the criminal justice system, to keep people safe and care for victims.

“If you feel you are or might be a victim, please don’t let this case put you off asking for help.”

During the trial, the Manchester United forward was suspended by the club, with all his privileges withdrawn pending the determination of the case.

It is yet unknown whether Manchester United will reabsorb Greenwood into their team.

VANDI ASKED ME TO REPLACE HIS BULLET – INSPECTOR