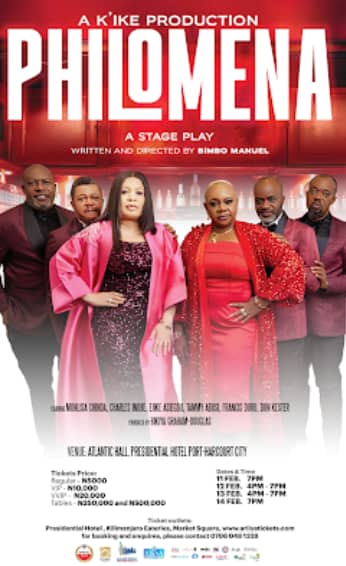 In the last few weeks, the theatre and entertainment space has been awash with publicity materials on the stage play written and directed by one of Nigeria’s most creative actor, script writer and impresario, Bimbo Manuel (a Crabite).

Philomena, as a script, presents as an eclectic piece of drama which combines a blend of forms; absurdism, existentialism, satire, comedy, etc, adorning a garb of realism.

Most of them failed in life because the system orchestrated it or neglected its responsibility toward them with reckless abandon. Throughout the play, these characters and marooned, ‘stuck’ in madam Philo’s beer parlor narrating their pasts, analyzing the present with a view to find meaning and perhaps essence in a future that may or not exist. They fantasize about it anyway.

Significantly, there are many unique talking points about this production already. For some, it is the perfect timing of the production in the season of love (St. Valentine), for others, it is the media buzz around it, yet for some it is the assemblage of the choice artistes. More directly, the dramatist who doubles as the artistic director, all of the six major actors (Bimbo Manuel, Monalisa Chinda-Coker, Ejike Asiegbu, Tammy Abusi, Francis Duru, Charles Inojie & Don Kester… are all Crabites (graduates of the University of Port Harcourt Arts Theatre, The Crab, most of whom have been major stakeholders in Nollywood, post graduation).

Essentially, the The Crabites Association was officially inaugurated with elected officers on the 15th day of January 2022 in Port Harcourt with a vision to become one of the foremost brands in theatre and entertainment practice in Nigeria. This production produced by trio of Bikiya Graham-Douglas, Bimbo Manuel and Monalisa Chinda-Coker under the Kike Production brand, may well be the catalyst to greater collaborations from the stable of The Crabites Association.

The rehearsals have been intense, rigorous and professional. Camping began in Abuja from the 15th of January and continued in Port Harcourt since the 26th of January, the intent is unequivocal, if people yearn for live theatre at its best, we are poised to take it a volume higher with every actor bringing their A game on stage from the 11th thru 14th of February 2022, at the Atlantic Hall of the Hotel Presidential, Port Harcourt.

On a critical note, this project has afforded some younger generation of theatre professionals a unique opportunity to learn the craft in a workshop fashion; a style bequeathed to us by the legendary professor Ola Rotimi. Some students who are directing and acting majors who are now part of the cast are relishing the opportunity to see the discipline and work ethics of their senior colleagues, first hand. This is one of the intangible benefit of such collaborations.

In sum, when Crabites converge to claim Philomena from the clutches of prostitution, the mood is stirred, the tension of an enthralling stage play is palpable before an audience that shall be gripped with a total theatre experience this Valentine season in Port Harcourt. This is a must-see production as there are invaluable lessons to glean beyond the entertainment value it offers. Trust me!

Postscript: The possibility of a tour is in the works as inquiries are ongoing. So, watch out, Philomena may be in a city near you soon. 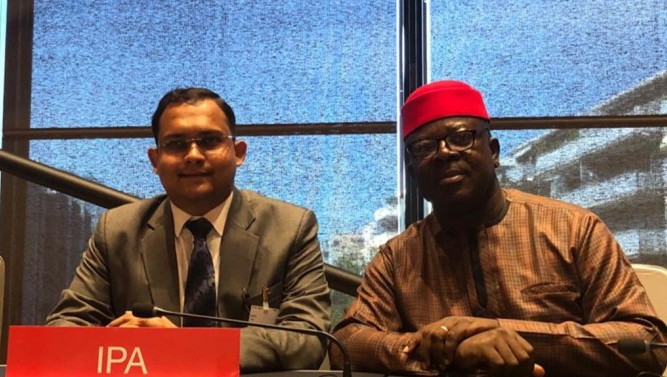 Experts and stakeholders in the Copyright matters and intellectual property are meeting at the World Intellectual Property Organization (WIPO) Headquarters, Geneva, Switzerland.

Dr Anioke took active part in the discussions on Enabling Text and Data Mining Research Through Copyright Reform; The impact of Covid – 19 Pandemic on the Copyright Ecosystem .

Anioke opined that Copyright Act should benefit authors and publishers who are ultimate originators and producers of creative and intellectual works by ensuring that fair use or fair deal translates to fair returns for authors and publishers for their efforts. All said, a labourer deserves his wages, Dr Anioke concluded.

REBEL WITH A CAUSE 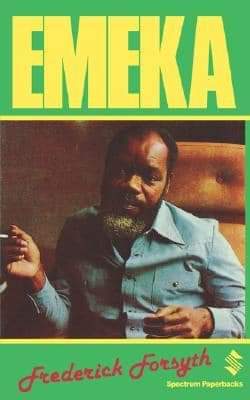 A review of Frederick Forsyth’s EMEKA, an authorised biography of Emeka Odumegwu Ojukwu

It was in 1984 that I read Frederick Forsyth’s Emeka, the authorised biography of Chukwuemeka Odumegwu Ojukwu, the feared but respected leader of the secessionist Republic of Biafra.

Ojukwu had returned to Nigeria roughly two years earlier to a tumultuous welcome by Nigerians across political and regional divides after the government of Shehu Shagari granted him amnesty. The reasons for the popularity of Ojukwu are diverse. Many respected him for his wartime erudition, others for his elite education, yet others for standing up to oppression and yet many others for his fearsome looks embedded in his thick untamed facial hair. The rebel tag and his radicalism endeared him more to the younger generation.

I had read Forsyth’s account of the Nigerian civil war in 1983 captured in ‘The making of an African legend: the Biafra Story.’ Forsyth was a war journalist who fell in love with Ojukwu during the war and became his intimate friend. The Biafra story was the first book I read about the civil war and it painted a salutary picture of Ojukwu and the Biafra effort during the war. Needless to say that if I had an awful impression of Ojukwu, the impression became awesome. I loved Ojukwu to the hilt.

The military government of Muhammadu Buhari that came on December 31st, 1983 had imprisoned Ojukwu alongside many other politicians in 1984 but that did not diminish Ojukwu’s popularity, even while in prison.

When news came that Forsyth was out with a paperback authorised biography of Ojukwu, I made it a point of duty to read and own it. The opportunity came when I travelled from Port Harcourt to Ogbor Hill, Aba to check my university matriculation result. On my way back, I saw a street trader hawking the book and I picked it up ‘sharp sharp’ with N2.

I voraciously consumed it as I journeyed back home and didn’t put it down even as I got home.

Emeka was the story of a rebel with a cause, a war general and a philosopher king. It covered Ojukwu’s growing up days in Nigeria, his education in England, his return to Nigeria and the beginning of his rebellion against his father, in the army and then against his country. It also captured his 12-year stint in exile in Ivory Coast.

I had read the biography of Martin Luther, the reformist who split the Catholic Church a few months before I read Emeka and both of them instigated the rebel in me. Martin Luther had rebelled against his parents that wanted him to study law. He instead went for priesthood. As it turned out, Luther led a revolution against the most powerful institution in the world, and succeeded.

I got reinforcement in the story of Ojukwu after reading Emeka. Ojukwu’s father, reputed to be the richest Nigerian of his time wanted him to study law. But Ojukwu rebuffed him and read history at Oxford.

On his return home, his father wanted him to work for his thriving company and earn good money. Ojukwu shunned the opportunity and opted to work in the civil service. When he got a transfer to Calabar, his father felt he had had enough. He objected to his son going to Calabar for the reason that he would be bewitched by Calabar women. In anger, Ojukwu resigned from the civil service.

His next mission was to join the army. His father could not believe it for it was said that it was the never-do-well that joined the army in those days. The senior Ojukwu pulled the strings and told the army authorities that if his son must join the army, he would be admitted as a private, where he would ‘see pepper’ and run. Ojukwu accepted and joined as a private. His father disowned him afterwards.

It wasn’t long before the army commanders saw the futility in keeping a master’s degree holder as a private. They soon lifted him to a cadet officer. Then the time for the reconciliation with his father came when he was promoted major.

His father bought a bottle of hot drink, called a few friends and went to reconcile with his son. The senior Ojukwu recalled when his own father, a warrant chief was himiliated at the market square by a British colonial major who as of then was the highest military rank that anyone could attain. Today, his own son is a major in the army. Praise the Lord.

Then the military intervention in Nigerian politics came. Ojukwu stood firm against the first coup until it failed. On becoming military governor of the Eastern Region, he bore the burden of managing the crisis of easterners escaping home from the north during the pogrom. The war eventually came. Forsyth records that Ojukwu even deployed his father’s resources in prosecuting the war. And there was no record of him misappropriating public funds in spite of the emergency situation.

Emeka was published as a paperback, with a picture of Ojukwu smoking a cigarette on the cover, which evoked an image of arrogance and radicalism. In later years when I met Ojukwu he had become subdued, less radical and more pacific. Even his fearsome beard had been trimmed and the dye could not completely hide the grey.

So far Emeka remains the main biography of Ojukwu authorised by himself. He promised to write ‘the book’ when he published Because I am Involved. He never did.

Forsyth did a marvelous job, writing with a journalistic flair, he keeps the reader asking for more till the end. As a journalist myself, I am inspired by Forsyth, who became a bestselling author drawing inspiration from his field experiences.

First published in Escape the Matrix, an online platform for literary presentations 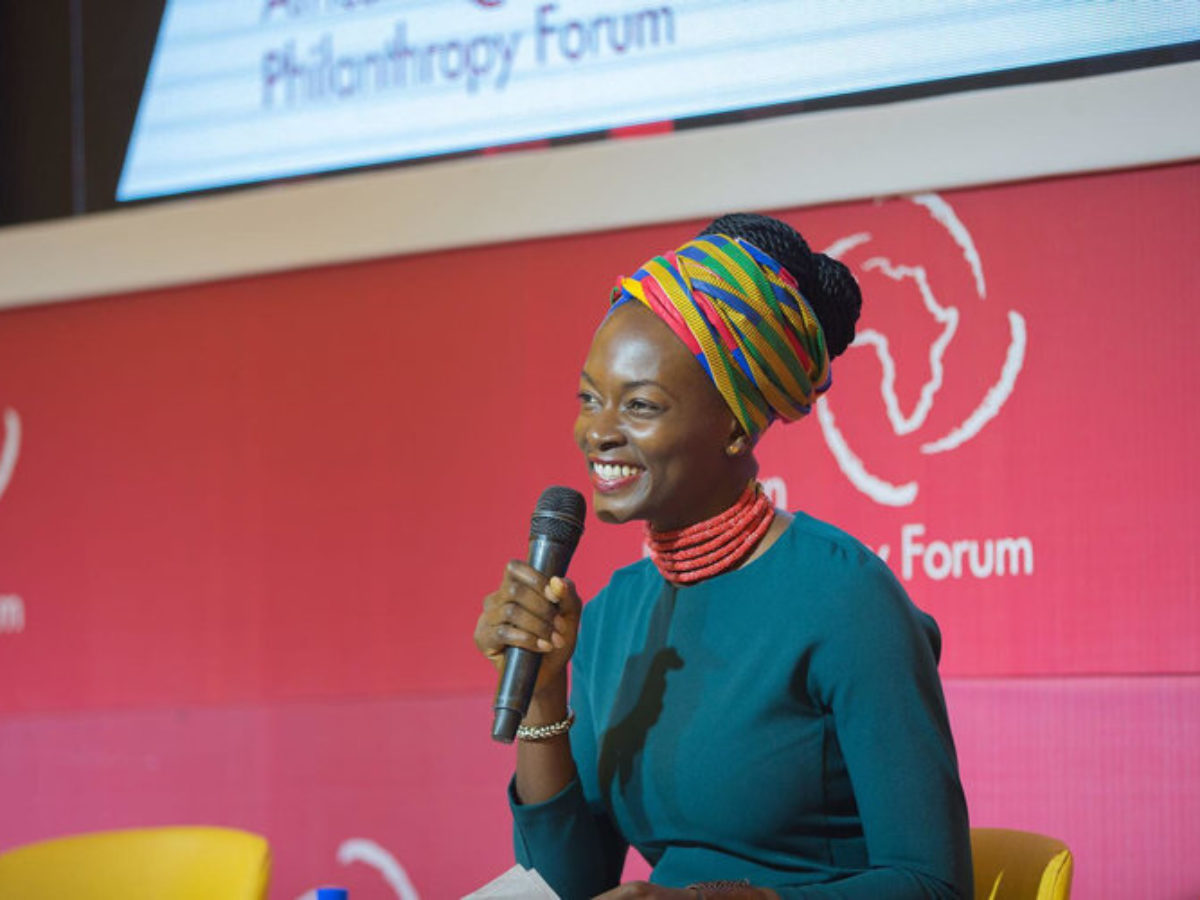 The book titled I Am Because We Are: An African Mother’s Fight for the Soul of a Nation is in memory of her mother’s legacy that encouraged millions of people even when faced with corruption and misogyny.

Released in January 2022, the book was made available in Nigerian book stores on the 4th of February.

The book tells the story of Dora Akunyili’s life from her daughter’s perspective, narrating how her mother’s story moulded her into the type of woman she is.

Stirred by the African beliefs of Ubuntu – the significance of community over one person the book gives in detail Dora Akunyili’s war against deceitful drug manufacturers whose products endangered the lives of many Nigerians.

It revisits how Dora, a woman in a male dominate sphere rose to become a cabinet minister and was faced with death threats, political plotting, and an assassination attempt for defending the voiceless.

I Am Because We Are: An African Mother’s Fight for the Soul of a Nation explores the completeness behind a woman now regarded as the Amazon.

Recounting the book, the author said: “While the world saw Dora Akunyili at the peak of her strength a warrior with a gap-toothed smile whose light-skinned oval face was crowned with a colourful head-tie that doubled as armour against incessant attacks against her values and also her life – I saw the complexity that was hidden from sight. This is the story of her multiplicity: the story of my mother.

last four years dedicated to bringing her story to life in this memoir. This is the coming together of her parts. I am happy to share this story that it might inspire the whole. I believe stories matter, our stories matter, and this is one of such stories.’’